Recycling On The Go/Events Kit

Recycling on the go

Thanks to funding from CCF and support from Argyll and Bute Council, we have placed recycling bins throughout the island next to general waste bins. This has meant that we have prevented recyclable materials that was previously going to land fill to be collected for recycling instead. These on the go bins are not meant for household recycling but aim to capture items such as drinks cans and bottles which visitors would have put in general bins if there was no alternative. This has proved to be very successful. So far our bins have prevented 1442Kg from landfill. These have been collecting recyclate even after funding ending in April 2020. 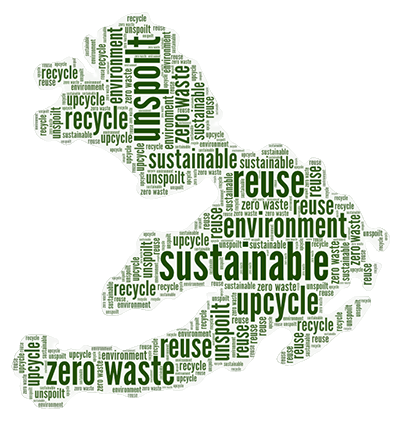 Last year in the UK we recycled around 3.5 billion aliminium cans - that is enough to stretch around the entire world 10 times.

Some plastics such as polystyrene are very difficult to recycle due to the dangerous and volatile chemicals they release.

If cans and/or plastics aren't rinsed out before going to recycle the whole batch can be contaminted and rejected, costing money and wasting everyone's time.

Less in landfill and more recycling equals more money and resources for other amenities on Mull.

Every piece of plastic ever created still exists somewhere on the planet today. It's belived to take a minimum of 500 years to decompose.

At least 5 million tonnes of plastic ends up in the oceans each year. By 2050 there will be a greater weight of plastic than fish, according to the Ellen MacArthur Foundation.

Estimates suggest only 30% of waste is recycled in Mull and Iona.

Nearly 23 tonnes plastic, 202 tonnes card/paper, 108 tonnes of glass and 18 tonnes of cans were sent away on Mull and Iona last year.